An Evening of Conversation with ‘Intellectual Jack of All Trades,’ Pascal Bruckner

On Thursday, October 5, Advent GX partnered with Dr. Richard Golsan and the France/TAMU Institute (the Centre d’Excellence, part of the Scowcroft Institute at Texas A&M’s George Bush School of Government and Public Service) to bring Pascal Bruckner to the SEAD Gallery. This evening marked another in a series of events focused on transforming Bryan into a vibrant center of community engagement and economic growth through the exchange of international ideas.

A ‘New Philosopher’ and prize-winning novelist, Mr. Bruckner was warmly introduced by Dr. Golsan, Director of the Centre d’Excellence, as an “intellectual jack of all trades” before being handed the floor to tackle some of the tough issues in France and abroad.

To kick off the evening, Mr. Bruckner first touched on the controversy surrounding Islamophobia before delving into the French reaction to recent terror attacks, and then concluding with a conversation on the recent past and near future of French-American relations. Following a Q&A, there was a sparkling reception over fine food, wine, and company as guests devoted the remainder of their evenings to conversation and deliberation.

Advent GX is honored to have collaborated with the Centre d’Excellence and Dr. Golsan to bring Mr. Bruckner to the SEAD Gallery as part of its mission to promote community and economic development through the global exchange of ideas, innovation, and art.

We’d like to extend a very special thanks to Pascal Bruckner for taking the time to sit down and share his perspective with us for an evening of cultural and intellectual convergence. Thanks also goes to the SEAD Gallery for hosting and the staff who made the evening possible.

Follow us on Facebook to get the latest news on coming events, or visit the SEAD Gallery online for full coverage of the event. 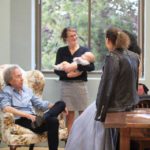 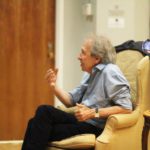 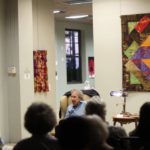 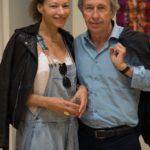